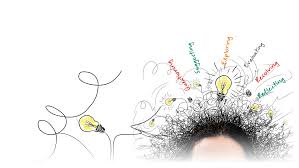 Philosophy for Children (P4C) is an  enquiry based approach to  open up children's learning through the exploration of ideas. P4C was founded by Professor Matthew Lipman. Children are taught how to create their own philosophical questions. These  questions are based on ideas form discussion centred around a stimulus. The stimuli can be a picture, a short film, story or an object. P4C can be used cross curricular and a specific based 'Big Ideas.'  For example he question might be 'What is intelligence?'

Plato (c. 428-348 BC) Famous For: Platonic idealism & the theory of forms Athenian native Plato, and his role in western philosophy can be traced back to when he was student of Socrates. He also excelled in mathematics, logic, ethics, rhetoric, and religion. He founded the Academy in Athens.

Socrates (c. 469-399 BC) Famous For: the Socratic Method of logic and a founder of Western philosophy His story began in his hometown of Athens, Greece but unfolded through the writings of his students and fellow philosophers. The field of ethics was the specialty of Socrates and introduced a concept that has been dubbed as elenchus, or the Socratic method. He contributed much to the field of logic and epistimology

Aristotle (384–322 BC) Famous For: Aristotelian logic & theory of soul The third member who has greatly influenced western philosophy, Aristotle provided ideas in the areas of aesthetics, ethics, logic, metaphysics, politics, and science. He was a student of Plato and teacher to Alexander the great. Nicomachean Ethics is one of the treatises that Aristotle wrote. He believed that ethics should be applied practically, not merely theorizing it.

John Dewey (1859-1952) Famous For: for his ideas on pragmatism & educational progressivism One of the first men to present the idea of pragmatism as a philosophical concept, Dewey also espoused Reflective Thinking. He believed in the philosophy of education, in which he views education as a “social continuity of life.” This is why he championed Educational Progressivism.

Emma Goldman (1869-1940) Famous For: anarchist political philosophy Goldman comes from the philosophical school of of anarchism.She was a vocal supporter of womens rights and other social issues. The school of anarchism believes a state is harmful, unnecessary, and undesirable, making Goldman, anti-state.

Unfortunately not the ones with chocolate chips.

Some cookies are necessary in order to make this website function correctly. These are set by default and whilst you can block or delete them by changing your browser settings, some functionality such as being able to log in to the website will not work if you do this. The necessary cookies set on this website are as follows:

A 'sessionid' token is required for logging in to the website and we also use a 'crfstoken' token to prevent cross site request forgery.

Cookies that are not necessary to make the website work, but which enable additional functionality, can also be set. By default these cookies are disabled, but you can choose to enable them below: